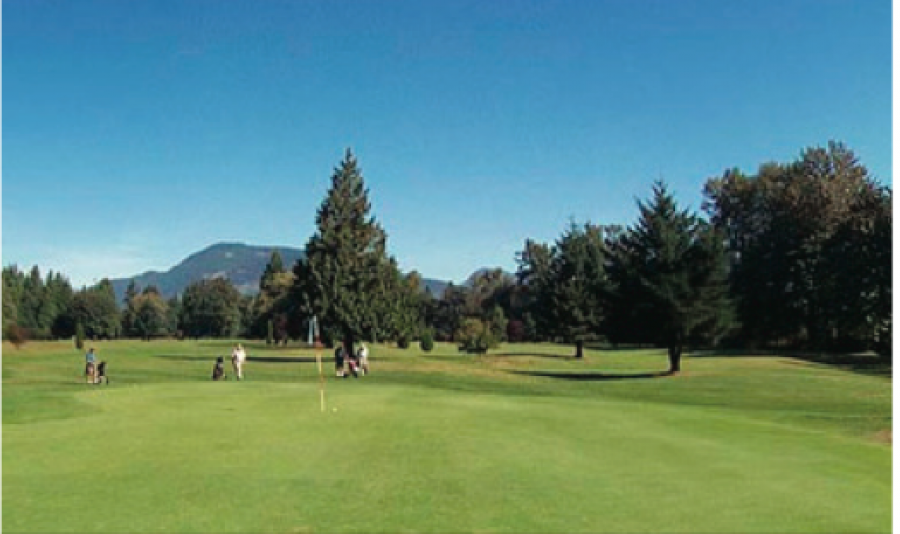 Lying astride the Hope River, Meadowlands Golf & Country Club has been a local landmark for more than 80 years. Its interesting past includes the now legendary Pro-Am tournaments of the 40s and 50s (affairs where live animals such as pigs, goats and ducks would be awarded as tournament prizes). The course has also received visits from many celebrities, including noted golf enthusiasts Bing Crosby and Edward G. Robinson.
At 5616 yards and par 70 over its 18 holes, Meadowlands is neither long nor exceptionally difficult. It is, however, not without its challenges, as many of its regulars will attest. Its fairways follow the natural contours of the land and contain many gentle slopes. Most of Meadowlands' small greens are well bunkered, and strategically placed fir and oak trees can play havoc with poorly placed shots.
The 14th hole has developed a reputation as the course’s most difficult. Plan to drive the fairway’s gully on this 379 yard par four if you hope to make par. After clearing the gully, an accurate approach shot will then be needed to avoid the large maple tree adjacent to the green.